Exhibition open Saturdays 12-4pm
7 November to 19 December 2015
FREE ENTRY
South London Women Artists is a group of over 130 artists who aim through their exhibitions, events programme, educational workshops and publications, to enhance public knowledge of the practice, impact and achievement of women in visual culture.From 7 November to 19 December 2015 there will be a six week exhibition with ten exhibiting SLWA artists showcasing their current practice. The work has been selected anonymously by two of our trustees from an open submission.
Gerald Moore Gallery is open to the public on Saturdays 12-4pm and other times by appointment. Tel: 020 8857 0448
Kate Bowe, Jackie Brown, Melissa Budasz, Francesca Centoni, Marion Jones, Liz Charsley-Jory, Julia de Greff, Gill Dove, Beata Kozlowska and Eithne Twomey. 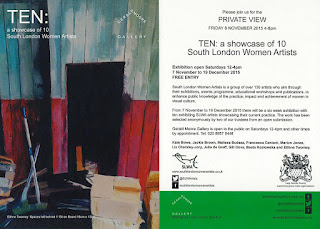 
Posted by Beata Kozlowska at 14:49 No comments:


The recent project is spinning around encapsulation and mapping. The series is called Mental geography.


This is the result of my ongoing investigation of drawing with line both on paper and in 'performative', physical space.

The process of drawing, combined with a painterly technique, is a stepping stone towards discovering a new path of searching for New Syntax. Spiritual / meditative approach to the creation activity is led by
improvisation and higher level of play...overlapping, encapsulating, contouring, mapping...


Posted by Beata Kozlowska at 14:03 No comments:


Posted by Beata Kozlowska at 06:08 No comments:

Last Saturday I created my art performance in Mosaics Gallery, Crypt of St. John's Church in Waterloo along with two other performers: The Rye poets and duo folk musicians.

The performance for the special event of the group show of ' Death and Transition'  was the first experimental performative drawing- Ariadne saw 2 -homage to Blake accompanied by the Symphony 3 of Sorrowful Sounds by Henryk M. Gorecki.

Transition is more interpreted as a metaphor of abandoning the existing structures and moving, following Aridne's thread towards the NEW.

The performative piece for the show is inspired also by William Blake interpretation of Ariadne in Dante's Inferno, as a territory of transcendence from materialistic to the spiritual, therefore, abstract dimension.

The role of  the spread white wallpaper on the floor is to invite the audience to perceive the space as quasi ritual or even a game. The white path- transitory space, connects the ritual of transition with the act of drawing itself, initiated by marking the space with red, suspended wool. The Red lines of the wool are also metaphors for the drawing in space, outer dimension. 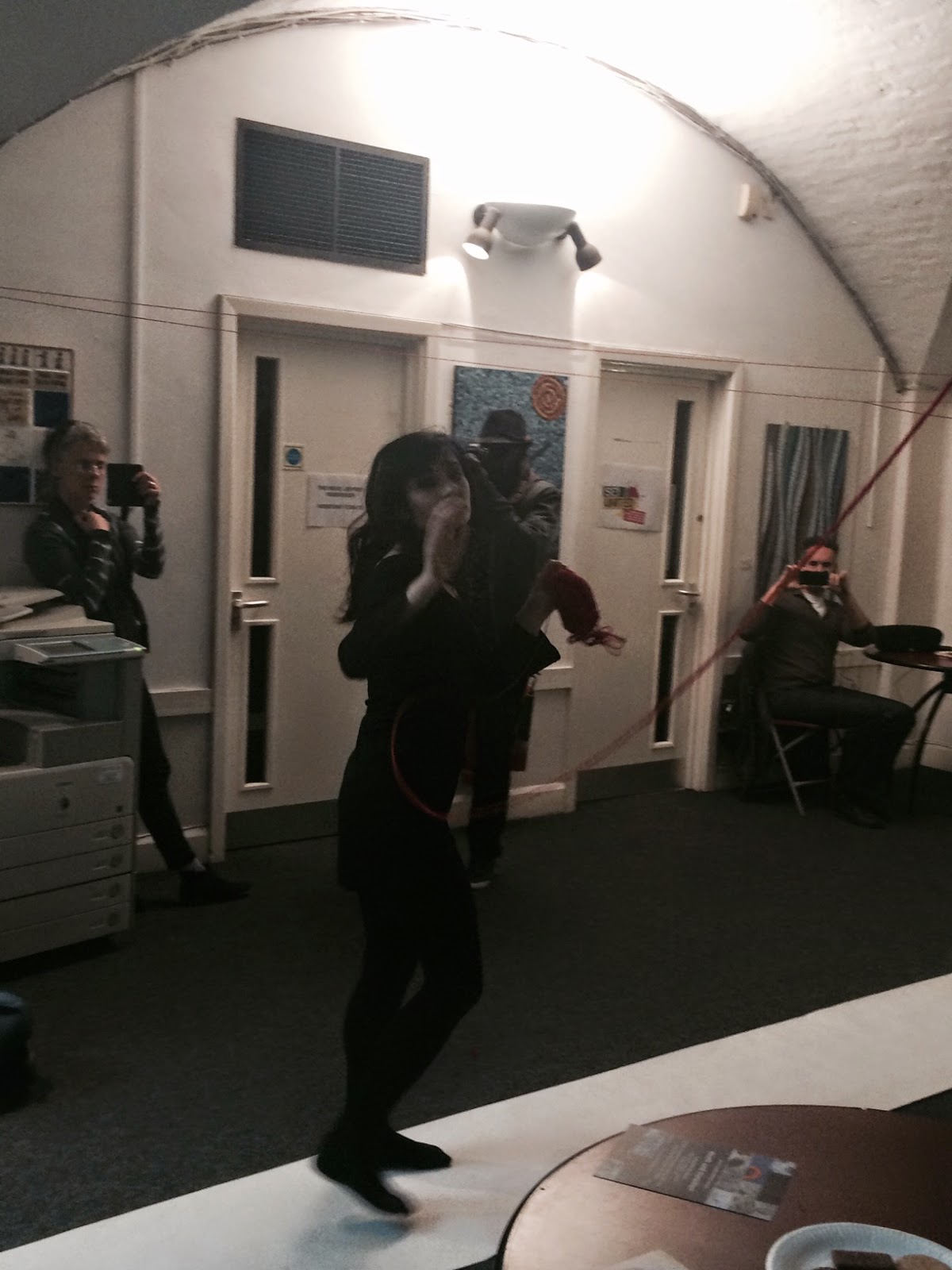 Posted by Beata Kozlowska at 13:14 No comments:

I am delighted to invite you to the Private View of the exciting group show at the Display Gallery (based in Holborn, central London), where I am also showing my digital prints on aluminium inspired recently by search for unknown language, subliminal reality...

The exhibited work is a response to the ongoing investigation of the NEW Syntax,  playfully connecting 'Fictional' installation based elements with architectonic features, photographed from a tourist's perspective. The desire to merge disparate 'dimensions' is dictated by unconscious urge for questioning the perception of the NOW.

Press Release:
'Chrom-Art’s curator Kris Cieslak has created an exhibition that aims to be a foray into, and a celebration of, the fascinating apparatus that is the human mind. The title of the show references the division of psyche according to Sigmund Freud where ID is the tumultuous, innate part of the personality that contains all human’s basic, instinctual drives. 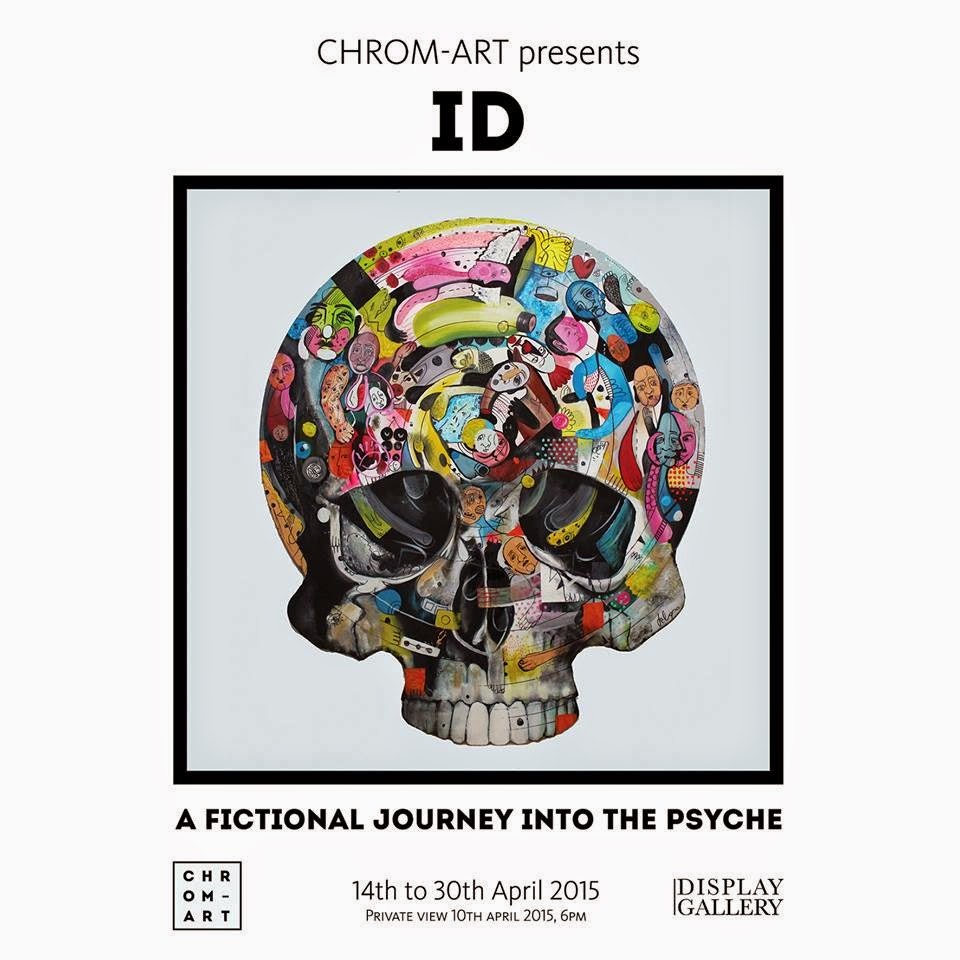 Unified by a common interest in the human being (their lives, their stories, and their interior journeys) the selected artists have produced a diverse body of work panning collage, painting, digital illustration, and sculpture that seeks to reveal the major influence of the Id over the Ego, their constant battle and the ultimate dominance of the first over the latter.'


Posted by Beata Kozlowska at 12:05 No comments:

Final days of the art residency at the Conway Hall

On the 28th of February, I will be a completing a very fruitful and exciting chapter in collaboration with South London Women Artists on the Arts Council supported Art residency, Finders, Keepers, Losers, Weepers.

The SLWA art residency at the Conway Hall actually also prompted me to extend my current practice, ranging from abstract drawing, installation and photography, to the time based medium- performance and ultimately video (as a documentation). The installation, I created for the Conway Hall, called Con-tain map- Ariadne saw, was inspired loosely by the Mythical Ariadne, who supplied her beloved Theseus, with a string as an aid to find the way back from the Labyrinth. I was using red string and black, transparent fabric and also element of artificial light, which created the shadows in coexistence with drawing on wallpaper, laid along the staircase within the site chosen for the work.

It has been an exhilarating and spontaneous process of adjusting to the specificity of the interiors. The string is the possibility to go beyond the existing frame of mind or mental image – which, through the act of intuitive drawing in Space, (here string is also a metaphor for a drawn line) can provide the border for transition/ transformation and restructuring. The architectural elements like folded paper suspended on strings, randomly spread across the site, are corresponding with the idea of never-ceasing and unstable manner of forming the new Syntax.

Posted by Beata Kozlowska at 15:09 No comments:

I am delighted to invite you to the SLWA artistic collaborative event.
'Hidden Narratives and Dangerous Erasions is a large scale live drawing by The Why Front that promotes a better understanding of the role of women artists throughout history.
Hidden Narratives and Dangerous Erasions visually presents a different art history that assumes a non-hierarchical non-perspectival survey to represent women connected to and operating at time of influence. The 130 member artists of The Why Front (South London Women Aritsts) have been invited to contribute found imagery in from which selected and collated images will be collaged together digitally to form the underlying structure of the drawing. Member Artists will then come and draw the collage live over the course of Deptford X.'
Please note:
The exhibition will be open: 26, 27, 28 September, and 1, 2, 3, 4, 5 October 12-6pm (live drawing).
Private view will be on Sun 5 Oct, 3-6pm at The Albany

Posted by Beata Kozlowska at 06:14 No comments:

Beata Kozlowska
Beata Kozlowska (born in Poland) lives and works in London, studied Drawing at Camberwell College of Art, MA Fine Art at Chelsea College of Art and Design in London and also Polish Literature and Linguistics at University of Warsaw. She has been exhibiting in many group exhibitions in London, Manchester, Warsaw and Bielefeld. In addition she has been curating several shows and projects in London. Recent group shows include ‘Invisible means of support’ in Rochelle School, collaborative project ‘Ponglish for beginners’ in Victoria Baths Manchester. Recently was awarded for contemporary sculpture by UH Galleries in ‘Eastern Approaches’ in Hatfield. Art studio based in Studio Voltaire in South London. http://studiovoltaire.org/events.htm